Land law is recognised as one of the more ‘static’ branches of law and consequently there are relatively few recorded disputes over the boundaries of land in Australia. Much of the law related to the subject has been determined from decisions in other countries with a similar legal history and system to ours, including New Zealand, England, Canada and the United States of America.

The definition of where state and territory boundaries lie has been constantly reviewed, sometimes causing great contention. Although most Australian borders were defined in letters of patent in meridians, determining the physical ground position that corresponds with those meridians has never been easy: surveyors had a difficult job to do. Given the possibility of discrepancies, border disputes have occurred between several states. Generally speaking, rulings have upheld the position of borders with established physical references or property lines. This is despite the advent of technologies which allow modern surveyors to accurately plot their location as originally described in the letters of patent for the formation of specific states. As a result, few state borders are actually where they were originally intended, or as simple as a straight line marked by a meridian of longitude. As an example, the Western Australia–South Australia–Northern Territory border (Surveyor General’s Corner) is marked by two monuments (1968) approximately 127 metres apart at the junction of the boundaries.

Probably the most famous case is the determination of the state boundary between South Australia and Victoria. The border was established in 1836 by imperial letters patent as the 141st degree meridian of longitude, but due to human error by numerous explorers and surveyors was marked on the ground in a position 4.03 kilometres west of the specified geographic location. After a protracted legal dispute lasting more than 75 years it was finally ruled by the Privy Council that the line erroneously marked was such to have established that line as the legal boundary between the two States South Australia v. Victoria (1914). 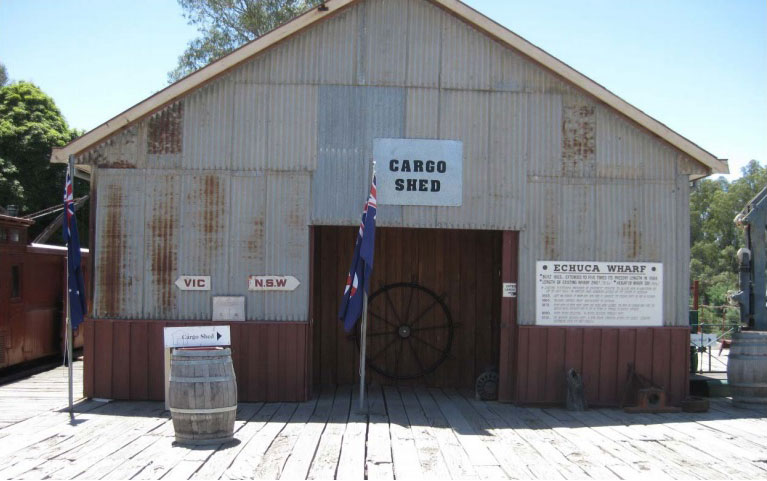 Since 1851, the border between Victoria and New South Wales has officially been the top of the bank of the southern side (ie none of the river is actually in Victoria). However, this boundary definition is as muddy as the waters of the great river itself, due to river course changes and modification of some of the river banks, and has been the cause of many arguments and debates between those states.

As an example, in 1859 NSW claimed the pastoral leases of Pental Island near Swan Hill on the grounds that the island lay to the north of the watercourse of the Murray River. In 1872, the case was decided in Victoria’s favour when the Privy Council maintained that the main watercourse, being the channel of greatest discharge of the Murray, was to the north of the island.

The confusion over determination of the boundary between New South Wales and Victoria has been such that 'Guidelines for the Determination of the State Border Between New South Wales and Victoria Along the Murray River’ were issued jointly by the Surveyor–Generals of both states in 1991, "to assist surveyors to determine land boundaries which form part of the State Border along the Murray River".

In another rather unusual case dealing with boundaries and jurisdiction between states, (Ward v the Queen (1980) 142 CLR 308) the High Court considered whether a murder on the Murray River had taken place in Victoria or New South Wales. The shot was fired from Victoria (from the top of the riverbank); the victim was at the water’s edge on the Victorian side of the river. The border of NSW was the River Murray (its south side) and the High Court held that it ended at the top of the riverbank, which meant that Ward’s victim died in NSW. The High Court considered that the terminatory theory of crime determined jurisdiction, and that meant Ward’s murder conviction in the Victorian Supreme Court was set aside!